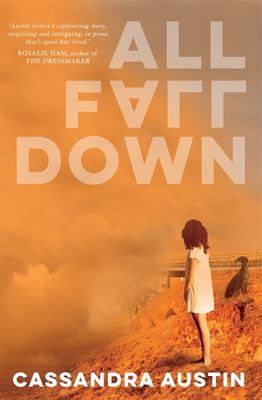 When a bridge in the small outback town of Mululuk mysteriously collapses, the town is cut off from the world, and its citizens from each other. As the locals try to work out why the bridge fell and what it will take to replace it, old rivalries, forgotten romances and primitive drives come to the fore. Teenaged Rachel has come from 'the city' to stay with her uncle after her home life has fallen apart, and she quickly becomes involved in the quest for the truth about the bridge. Father Nott, the local Franciscan priest, is trying to get the hysterical townsfolk to see sense, particularly his gossip-mongering friend Gussy. Shane, Janice and Craig find themselves at the heart of a devastating love triangle, with deadly ramifications that will reverberate far beyond the three of them. And the mysterious Charlie, a scruffy, charismatic alcoholic with a dark past, has a terrifying idea about what it takes to keep a bridge standing. In a town that keeps its secrets like it builds its houses - underground - Charlie's is the most dangerous of all.Wry, rich and unsettling, All Fall Downis a starkly Australian gothic novel about a community divided, and a chilling, archaic belief about what must be done to reunite it. 'Cassandra Austin beautifully evokes the feel of the outback, the heat and that red dirt.' Herald Sun 'Strange and spooky, this work is not so much a thriller as a small human drama brushed up with red dirt mysticism.' Weekly Review

Born in 1969, Cassandra Austin grew up in outback NSW but completed her formal education at Melbourne University with an MA in Criminology. She has been working in documentary film-making in London, Los Angeles and Melbourne. She also studied creative writing at UCLA. Austin has previously written one novella, Seeing George, published by Random House in 2004. She currently lives in LA with her husband and children, but returns to Australia regularly.